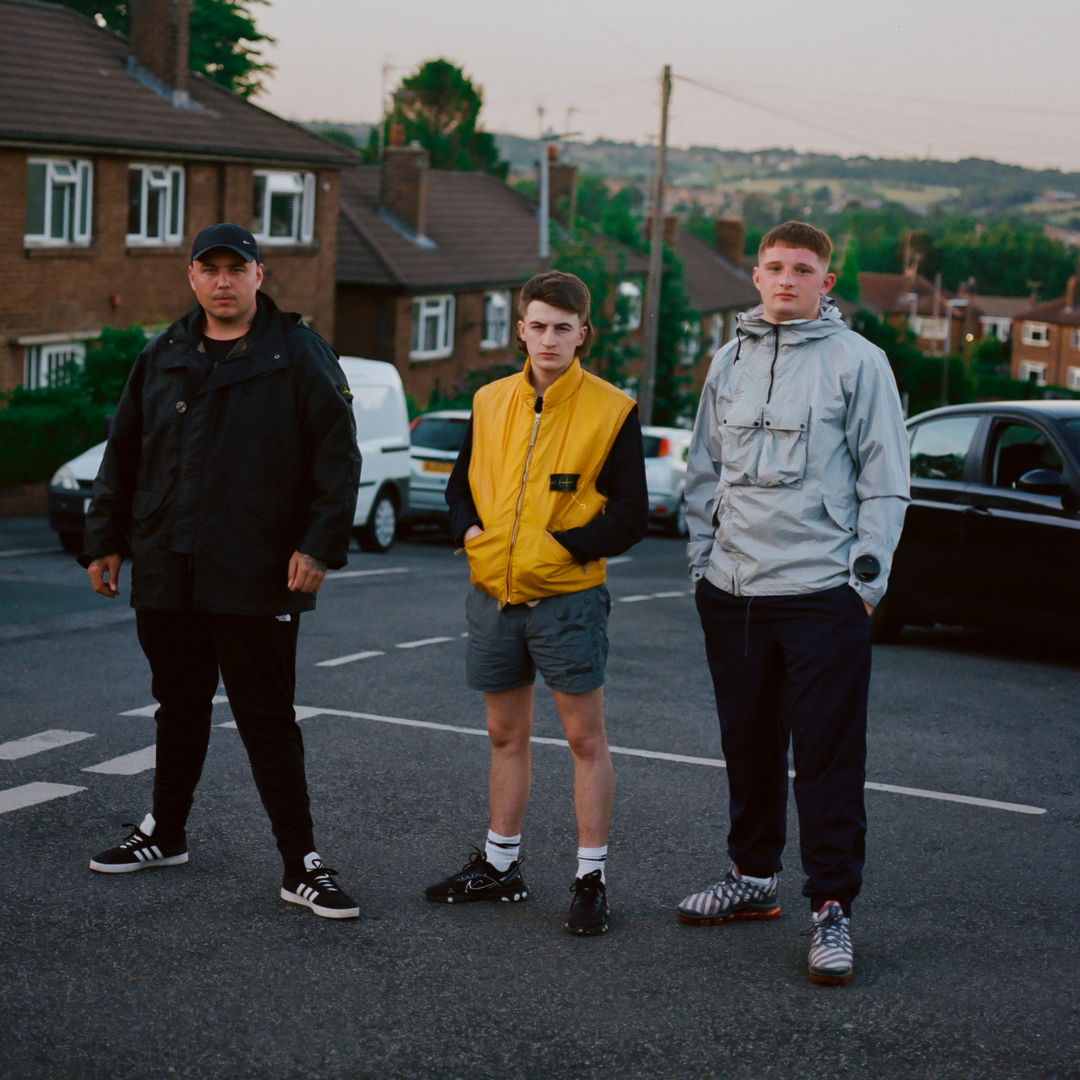 Bradford trio Bad Boy Chiller crew are MC’S Kane, GK And Sam. Ploughing the sound of ‘Bassline House’ that was popular in Yorkshire during the 2000’s, BBCC are a bonafide phenomenon capturing the attention of critics across the board including; Vice (full length documentary), ITV2 (6 part documentary), The Guardian, NME (front cover), Rolling Stone and Pitchfork to name a few.
Radio support has included the likes of early support from Annie Mac, Radio 1’s Clara Amfo, Jack Saunders, Rickie Melvin & Charlie and BBC Introducing which led to playlisting for the band on BBC RADIO 1 and KISS 100 add of their first top 40 single ‘Don’t You Worry About Me’, Sony Music’s biggest selling single from a new UK signed artist in 2021. Kiss FM and BBC RADIO 1 A-List have continued to support the band, along with special interviews and features on Scott Mills and 1Xtra’s Reece Parkinson shows for their release ‘BMW’. This most recent release from the band, BMW, has gained their biggest day 1 streams ever, Top 10 in the OCC, #1 trending sound on Tiktok, along with a viral trend.
After the release of their album, ‘Disrespectful’, earlier this year which charted at #2 in the OCC, the bands sold out UK & IRE tour is currently underway and has sold over 30,000 tickets. This summer BBCC are confirmed to perform at Parklife (alongside 50 Cent), numerous sets at Glastonbury and will return to play the mainstage at Reading & Leeds after performing to bursting tents last year. BBCC will also be taking to the US towards the end of this year to perform dates in NYC, Las Vegas and L.A.