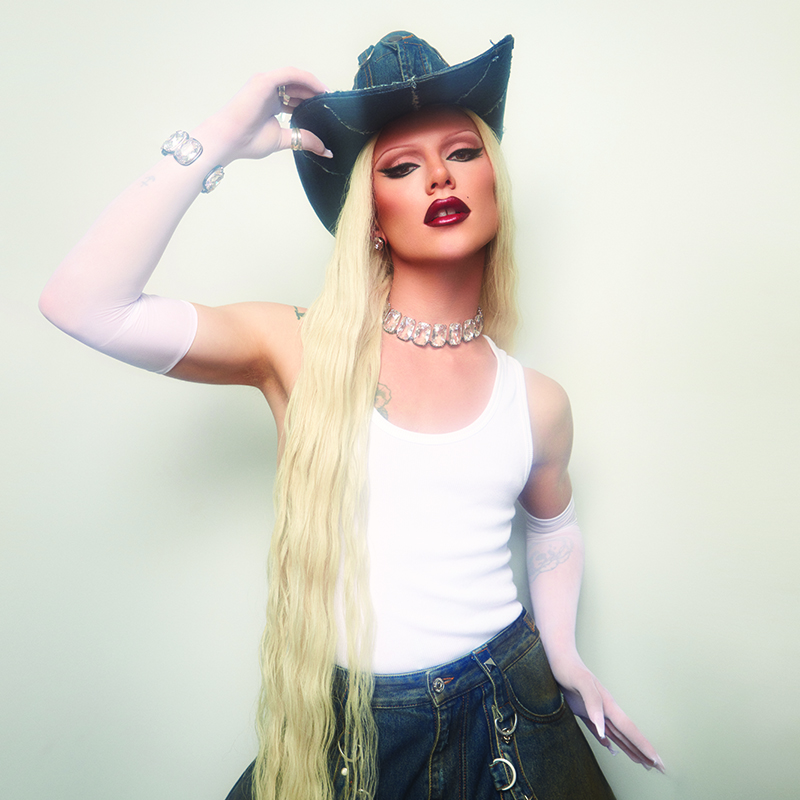 Bimini was born and raised in Great Yarmouth, Norfolk. Upon moving to London they worked successfully as a DJ and club host, working everywhere from East London to New York. In 2019 Bimini was crowned Miss Sink The Pink and has since performed at huge events such as Mighty Hoopla and Brighton Pride.

January 2021 saw Bimini star in the massive hit BBC series ‘RuPaul’s Drag Race UK’. Bimini proved to be a huge favourite with both fans and critics alike, garnering acres of media coverage and over 900,000 followers on Instagram.

Recently Bimini has taken part in campaigns for Selfridges, Calvin Klein and Maison Margiela, along- side editorials for British Vogue, Interview, Notion, Dazed, ES Magazine, W Magazine and The Face. Earlier in 2021 Bimini appeared in the video for Ava Max’s ‘My Head & My Heart’ guest starred in Little Mix’s stunning video for ‘Confetti’ and the forthcoming collaboration with Oliver Sims (The XX).

Bimini released their debut single ‘God Save This Queen’ in June last year, which achieved plays on both BBC Radio 1 and Radio 2, as well as BBC Radio 6. The accompanying music video has hit over 463,000 views on YouTube. October of last year saw Bimini release their first book ‘A Drag Queen’s Guide to Life’. The book was critically acclaimed and shot straight into The Sunday Times Top 10 bestsellers list.

January 2022 saw Bimini head back into the studio co-writing and recording with the likes of Redshank, Benji Gibson & Joy Anonymous.