Catch house pioneer and Broadwalk Records boss Julio Bashmore at the Electric Brixton this Saturday for the London date of his ‘Peppermint’ tour . For more info and tickets click here. 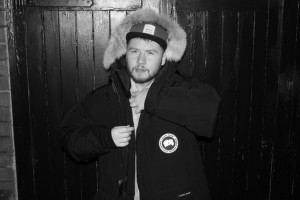 Bristol-based DJ, producer and artist, Julio Bashmore first rose to notoriety in 2009 via Claude VonStroke’s highly influential Dirtybird label. Since then Bashmore has been responsible for some of the most defining club records in recent years estblishing himself as one of the most forward-thinking artist in the game. Coming to Relentless via his esteemed Broadwalk imprint.

His debut album ‘Knockin Boots’ was released to critical acclaim in 2015.

“One of those nighttime-evoking, start-to-finish classics on a par with Daft Punk’s ‘Discovery’ and Beatie Boys’ ‘Paul’s Boutique’” – TIMEOUT