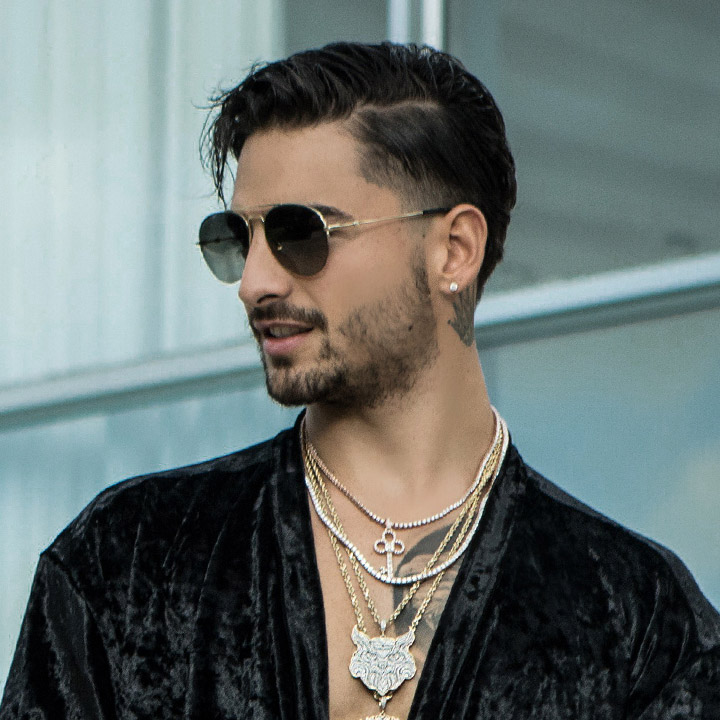 Maluma is the stage name of award-winning Colombian pop singer, songwriter, and rapper Juan Luis Londoño Arias. His 2012 debut Magia endeared him to radio listeners across Latin America, while 2015’s Pretty Boy, Dirty Boy broke through in the U.S., landing on the upper rungs of the Latin Pop, Urban, and Tropical charts. Since that time, Maluma has been charging toward world domination with a steady stream of videos, charting singles, and hit albums like 2019’s 11:11 and 2020’s Papi Juancho. He was also the subject of the documentary Maluma: Lo Que Era, Lo Que Soy, Lo Que Seré. His success continued in the next decade with the chart-topping 2021 single “Sobrio” and his starring role in the 2022 Jennifer Lopez rom-com Marry Me — he also sang on the soundtrack.